A major new report by the Cambridge Sustainability Commission on Scaling Behaviour Change, which included amongst its members SGR’s assistant director, Andrew Simms, calls on policy makers to target the UK’s polluter elite to trigger a shift to more sustainable behaviour, and provide affordable, available low-carbon alternatives to poorer households.

Its three key findings are that:

While efforts to address the climate crisis will require us all to change our behaviours, the responsibility is not evenly shared. Evidence reviewed by the Cambridge Commission shows that over the period 1990–2015, nearly half of the growth in absolute global emissions was due to the richest 10%, with the wealthiest 5% alone contributing over a third (37%).

The wealthiest citizens – the ‘Polluter elite’ – must make the most dramatic changes to their lifestyles to keep the 1.5C target alive. To meet this target, the richest 1% of the global population needs to reduce their emissions by a factor of at least 30 by 2030, while the poorest 50% of humanity could increase their emissions by three-times their current level.

In the year when the UK hosts COP 26, and while the government continues to reward some of Britain’s biggest polluters through tax credits, the Commission report shows why this is precisely the wrong way to meet the UK’s climate targets. Instead, it finds that the best way forward is offered by  a combination of efforts to dramatically reduce the carbon footprints of the richest and to build affordable and low carbon infrastructures around housing, transport and energy for poorer households. It further goes on to say that, far from being competing approaches, changes to individual behaviour and systemic change are linked and can be positively self-reinforcing.

The Commission found that alongside shifts in policy, service provision and technological innovation, far-reaching changes in lifestyles are also required if we are to avoid dangerous levels of global heating. After a long period of neglect, sustainable behaviour change is now considered an essential element of reaching ambitious climate goals, with governments including it as part of their climate policy initiatives to meet net-zero by 2050.

The Commission addressed what have been deeply divided views about how best to achieve carbon cuts, between those concerned about making individuals responsible for emissions they can’t control, and others who suggest climate targets will not be reached without action by households and individuals.

According to Professor Peter Newell, lead author of the Commission’s report, “If change across society is to be brought about at the speed and scale required to meet agreed climate targets we need to shrink and share: reduce carbon budgets and share more equally. To radically reduce our emissions, governments must look closely at the lifestyles and behaviours of the most affluent in society - the ‘polluter elite’ – who travel the most, own the largest homes and can often pay for the privilege of polluting. Not only will targeting the polluter elite deliver substantial emissions savings, but it will also show wider society that we really are all in this together and that the transition to a low-carbon society must be fair and just – with all of us pulling our weight.”

The Commission found that transition to a low carbon economy needs to be accelerated and deepened, and for that to happen social ‘buy-in’ is key: a sense that this is a collective effort to deal with an existential threat.

The Commission also concludes that the debate about behaviour change needs to move on from looking at what individuals and households do, to dealing with the causes of over-consumption of carbon. This includes factors ranging from excessive working to efforts to control the bombardment of advertising glamourising frequent air travel, large cars and large houses.

For this reason, the Commission’s report suggests a series of intervention points for scaling change. These include immediate steps to target the elites leading high emission lifestyles, and to develop new infrastructure to make low-carbon choices easier for poor households through measures targeting behaviour hotspots around travel, energy, housing and food such as:

Medium to longer term goals identified by the Commission include a rebalancing of institutions to sever ties between polluting industries and our political system, through both party donations and revolving doors, scaling up citizen-led climate action through Citizen Assemblies and democratic engagement, and challenging dominant trends around a five-day working week and unpaid care work.

Professor Lorraine Whitmarsh, director of the ESRC CAST centre on climate change and social transformation said, “This important report clearly shows how and why we need to move the behaviour change debate forward and get beyond the unhelpful division between individual and system change”.

The Commission is made up of 31 leading scholars and practitioners of sustainable behaviour change. Commissioners include sociologists, psychologists, natural scientists and economists, political economists and specialists in technology and innovation from different regions including Asia, Africa, Latin America, Europe and North America. 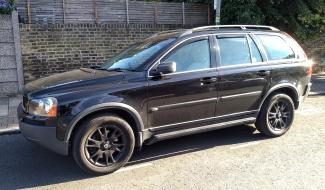