What would it take for humanity to hear and act on the scientists' warnings of a climate and nature emergency? Dr Alan Cottey discusses ‘adequate response’ and how to achieve it. He recommends empathic dialogue with the ‘hard-to-reach’.

In 2017 William Ripple and colleagues published the article World Scientists’ Warning to Humanity: A Second Notice. [1]  The peg was the 25th anniversary of a leaflet, World Scientists’ Warning to Humanity, [2] from the Union of Concerned Scientists. The UCS warning, summarised by “Human beings and the natural world are on a collision course”, covers numerous environmental stresses, population growth, poverty, violence and war. The ‘Second Notice’ reviewed humanity’s response to the UCS warning by presenting the trends, from 1960 to around 2015, of nine indicators of global ecological stress. In nearly every case a strong adverse trend is roughly the same after 1992 as before. Thus, despite ample opportunity, humanity did not heed the UCS warning.

The Second Notice prompted further warnings from expert scientists on many specific subjects, notably climate. [3]  The warnings have spread awareness and acceptance of the reality of the climate and nature emergency but have so far failed in their overriding aim, for the emissions, etc, at the root of the problem generally continue to rise.

Some responses that ameliorate the climate and nature emergency have been achieved. Progress has been made towards an energy transition away from fossil fuels and towards renewable sources. Yet global emissions continue to increase. The actors with most political power (nation-states, corporations and their leaders) find it possible to set targets but offer no realistic programmes for hitting them.

A major part of the difficulty is orthodox economics, with its commitment to the measurable and to growth. Alok Sharma, President of the COP26 conference, declares “green growth is the future”. [4]  But humanity’s pressure on the earth’s ecology still increases, apart from small decreases during economic recessions. There is almost universal fear – terror, even – of recessions of this kind, which do indeed inflict much pain. There is however a better way forward, although it does require a rethink of underlying economic values.

Instead of accepting the present extremes of inequality, moderated by grudging redistribution, economic thinking could start from two basic principles: [5]

1. Liveable Global Habitat: to maintain and enhance a civilised human society and a liveable global habitat for a rich variety of species;

2. Necessities as of Right: to accord to all people as of right, in practice and not merely in name, the basic necessities of a civilised life.

The main obstacle to realising these aspirations is lack of imagination. Intentional degrowth could be benign and not at all like the harsh conditions of earlier economic recessions. Reductions, year on year, of the externalisation of costs, of waste, of positional consumption and of human population are possible. Sacrifice is needed but mainly of the old growth-oriented culture. The transition required can and should in many ways improve the quality of life. Two examples demonstrate the depth of changes which might be part of an adequate response.

The current state of the cultural institution of property is dysfunctional. There is an abundance of shocking statistics about extreme and increasing economic inequality, yet the trend continues. But an economy based on the two aspirational principles stated above could include a general cultural will for limits to the assets and incomes of individuals. [6]

Another dysfunctional cultural institution is work – much of what now passes as work is directed at maintaining harmful kinds of economic growth. Yet a lot of what is useful (contributes to delivering the two aspirations) could be done by machines and software. Caring for people, and resolving the climate and nature emergency, will still leave plenty for humans to do. [5]

Even the concerned citizens who hear the warnings have, with few exceptions, balked at advocating radical change at the pace required. And leaders cannot go far ahead of the majority. In these circumstances, activists may be motivated to press the case harder. ‘Six behavioural psychology tips for effective campaigns’ [7] has practical advice for activists but the language of campaigning, with its polarising and militaristic imagery, is problematic. A more fundamental issue is the controlling tone – “Changing people’s behaviour” assumes one-way influence.

Pressing harder in the wrong way merely provokes defensiveness. ‘They’ may then be thought of as hard-to-reach. But in this climate and nature emergency, ‘they’ are essentially the same as us. One-way communication of scientific knowledge is not enough. Listening to the reasons for resistance is vital. It is important to acknowledge the fear of change, the allure of consumerism and whatever else may be presented. Empathic dialogue about the climate and nature emergency may include vigorous non-violent direct action. It is not a quick fix but it might, if pursued with a sense of urgency, lead to adequate responses to the scientists’ warnings. “There is a place, somewhere beyond right and wrong. I’ll meet you there.” (Rumi)

Dr Alan Cottey is a Fellow in the School of Chemistry, University of East Anglia. He has a long-standing interest in the responsible use of science and technology.

Note: In the pdf version of this article, the two reference numbers in the section ‘Examples' are transposed. They should appear in the order 6, 5; not 5,6. 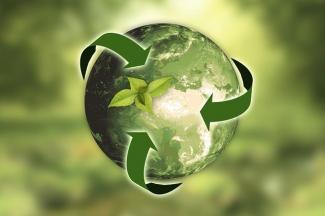